Morbier is produced in the village of Morez in the Jura mountains. Its creation dates from the 19th century. Its origin was for the personal consumption of the Comté cheesemakers. Each night, soot was sprinkled on the fresh curd that remained at the bottom of the barrel which prevented a rind from forming and kept the away. The next day left over pieces of cheese were put on top to make the Morbier. The cheese is uncooked and pressed and allowed to mature for two months. It is then brushed with salty water. The shape is round with sides that bulge slightly, it has a horizontal, black furrow through the middle. Its taste is savory and fruity. 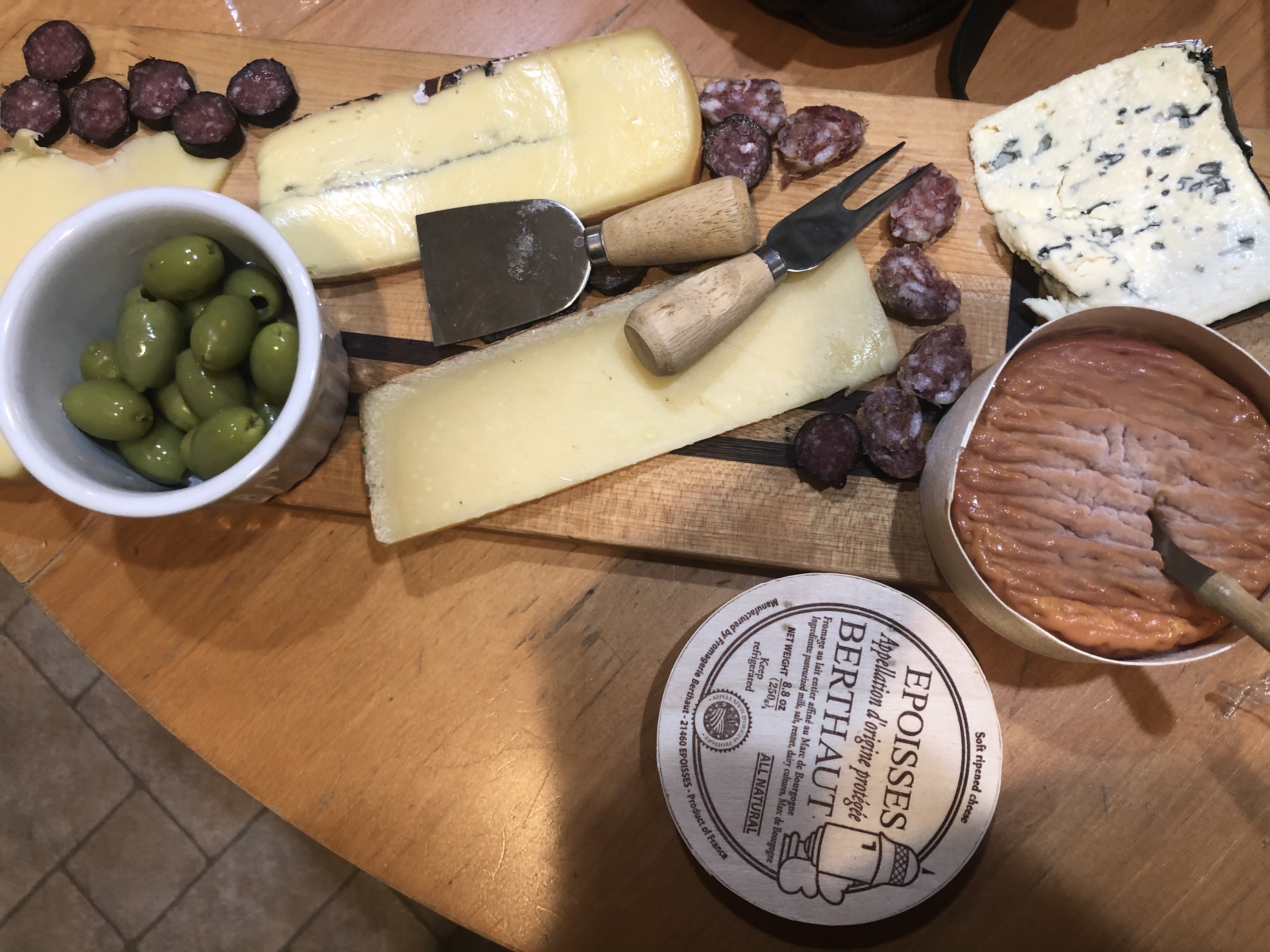