Fontina is a classic Italian cheese made in the Aosta Valley since the 12th century. There are many Fontina cheeses made with alternative names such as "Fontinella", "Fontal", and "Fontella" but the Italian Fontina, Fontina Val d'Aosta, identified by a Consorzio (Consortium) stamp is the original and most famous. The other versions are much milder than the original Fontina. There is also a Danish version which can be recognized by the red wax rind. Italian Fontina has a natural rind that turns tan to orange-brown with aging. Fontina Val d'Aosta is traditionally made from unpasteurised milk of the Valdaostan Red Spotted cows grazing on the plains of Aosta Valley. The texture and flavour of Fontina depends on how long it has been aged. The texture can vary from semi-soft to firm and the flavours from mild and rich to more robust and overpowering. Usually, fontina is aged for 90 days. The interior of fontina is pale cream in colour and riddled with holes known as "eyes". With a fat content of 45%, the cheese is very rich and creamy which gets nuttier with aging. This versatile cheese can be used to make fondues, and similar Italian dishes. Nebbiolo, a red wine with wild cherry and truffles is a match for Fontina. (Image to the left: Detail of a fresco from the Castello (or Maniero) of Issogne in the Val d’Aosta depicting a vendor of food and the wares on offer. The cylindrical cheeses on the right have been identified as the earliest known images of Fontina cheese.) 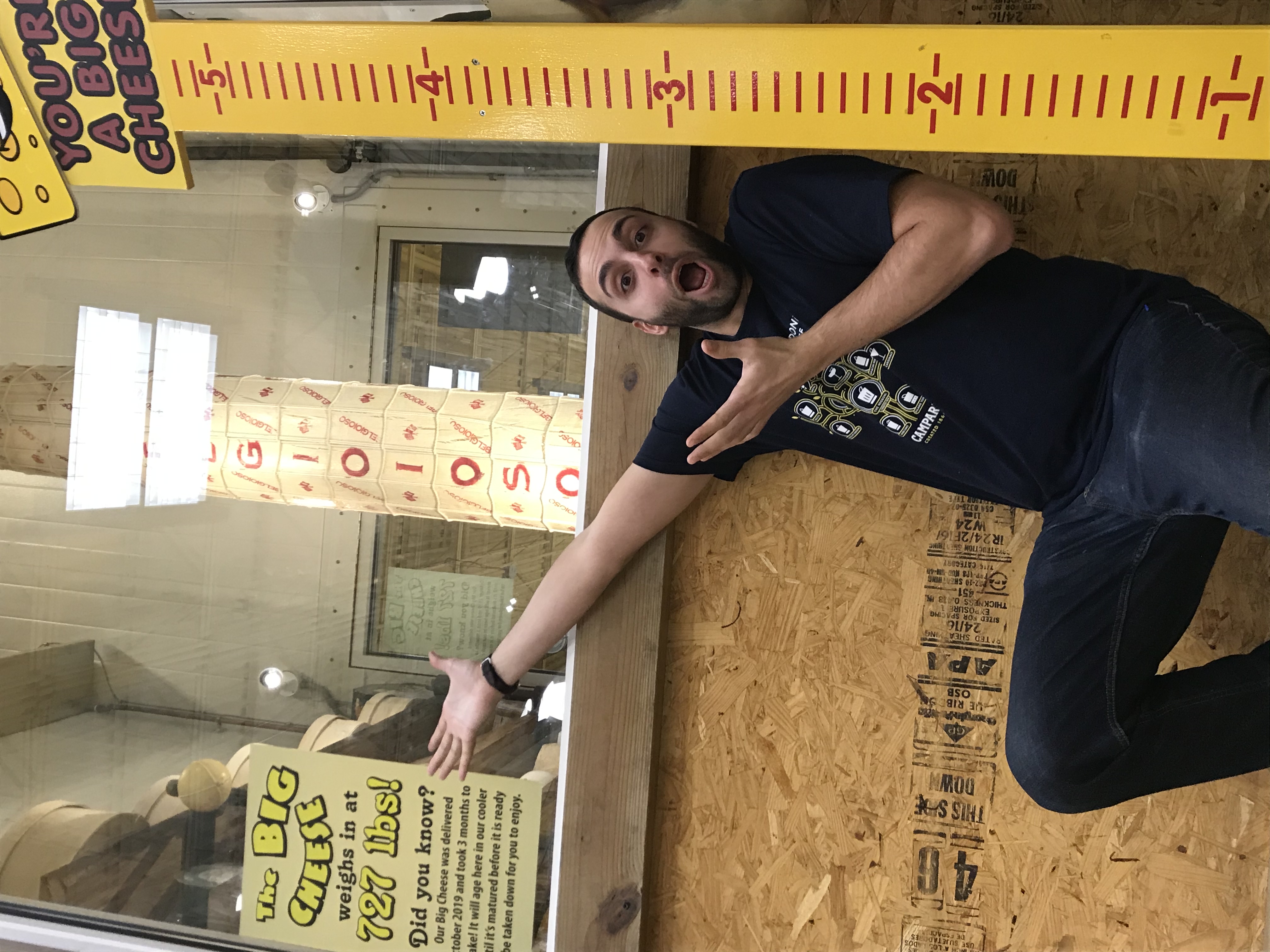 The aroma is pungent with strong notes of mushroom. Paste is semi-soft with a smooth, slightly springy texture. The flavor is very mild, slightly bitter.