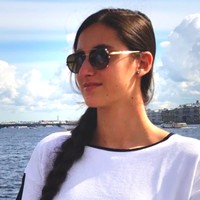 Los Angeles, CA. November 11th, 2019 - LeCheese, the world’s first user-powered cheese encyclopedia announced today that it launched its first edition of the LeCheese People’s Choice Awards. The Awards will not be based, as existing contests and recognitions are, on technical bases, but rather on the public’s preferences. The winners will be announced on December 11th, and will receive a trophy to commemorate their victory.

“We are all about transparency and openness, so we wanted our awards to reflect that same spirit. Hence, we have decided to create the LeCheese People’s Choice Awards” - said Zeno Rocha, founder of LeCheese. ”So that you can be the judge and celebrate the cheeses you've enjoyed the most in 2019.”

From November 11th until December 11th, all users will be able to participate by rating their favorite nominees through the app, and on December 12th the winners of each category will be announced, through LeCheese’ media channels, the app and its website.

Founded in January 2019, LeCheese is the brainchild of Zeno Rocha, a young Brazilian entrepreneur and long-time cheese aficionado. This mobile app aims at becoming the most comprehensive cheese encyclopedia ever made, where to learn about cheese varieties, flavor characteristics, history and origins. As a platform, LeCheese has its users at its core, not only because the knowledge shared is crowd-sourced by its members, but because it offers a social feature, where each user can rate, evaluate and share cheese, and even curate wishlists.

LeCheese is available for free on the App Store and Google Play Store. You can also follow news about cheese and tips on its Instagram and Facebook profiles.

Born and raised in Barcelona, Spain, Paula Pardo has long been torn between her passion for cheese and her lactose-intolerance. This impossible love story reached its zenith when she joined the LeCheese team to manage its PR and corporate communications globally.